According to BBC, the Martin Tower was opened in 1972 and had been vacated almost 12 years ago after Bethlehem Steel Company went out of business. 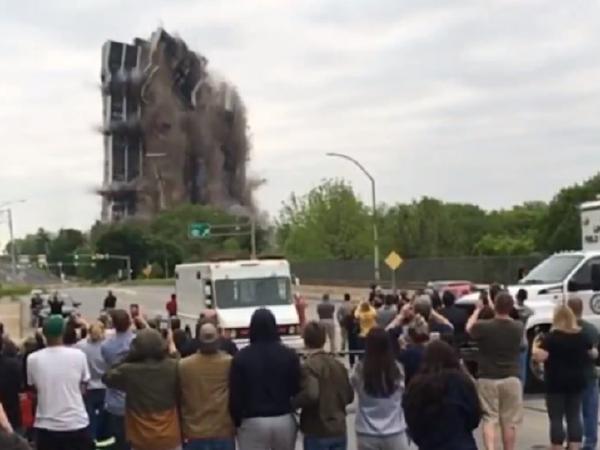 The Bethlehem Steel company’s former headquarters in Pennsylvania had 21-storeys and weighed a whopping 16,000 tonnes. But it took just 16-seconds for a demolition team to completely bring down the massive structure. A video of the demolition has now gone viral on social media.

The historic building, called Martin Tower, was bought down using dynamites and the implosion was captured on camera by hundreds of people who had gathered on a road, a few kilometers away from the demolition-affected areas.

Around 219 kilograms of explosives were used to bring down the structure. The implosion rocked parts of the Lehigh Valley and residents said the experience was louder than they expected.

According to BBC, the Martin Tower was opened in 1972 and had been vacated almost 12 years ago after Bethlehem Steel Company went out of business.

For many years, the current owners tried redeveloping the building. However, they recently decided that it made more economic sense to demolish it completely. The tower was listed on the National Register of Historic Places on June 28, 2010. The building once dominated Pennsylvania’s skyline after its completion in 1972. However, it had been lying vacant from 2007.

Martin Tower was imploded by Controlled Demolition, Inc. at a reported cost of $575,000.