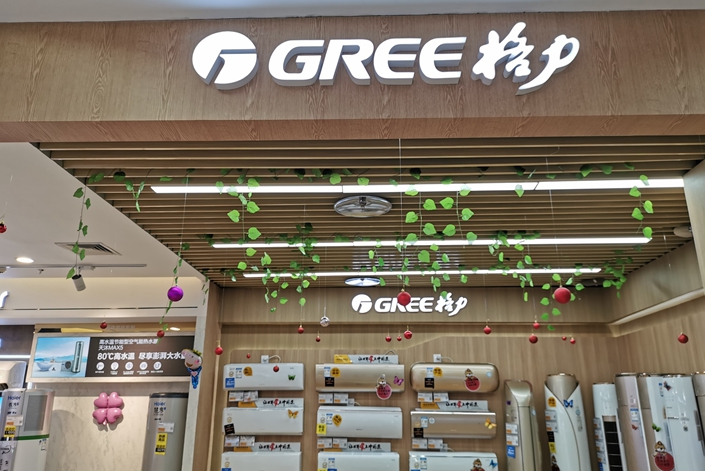 The parent of Gree Electric Appliances Inc. began accepting bids Tuesday for its 15% stake in the Chinese air conditioner giant as the southern Chinese city behind the company looks to cut its holdings in the business.

Zhuhai Gree Group Co. Ltd. will accept bids until Sept. 2 under the current timetable, which has received approval from the State-owned Assets Supervision and Administration Commission (SASAC) of Zhuhai, the branch of China’s state assets regulator in the Guangdong province city, Gree Electric said in a statement (link in Chinese).

Gree Group’s 15% stake will be priced at no less than 44.17 yuan ($6.25) a share, making the deal worth at least 39.9 billion yuan. The per-share price represents a 15% discount on the Shenzhen-listed Gree Electric’s current trading price of 52 yuan.

Gree Group can choose up to two buyers for the stake, but only if they are acting in concert, Caixin reported in May, citing a source close to the Zhuhai government, which controls Gree Group through its SASAC branch. Authorities set the limit on the number of winning bidders to avoid a future fight over control of Gree Electric.

The Zhuhai government’s plan to divest its holdings in Gree Electric comes as the company has in recent years seen its share of the air conditioner market fall as it pushed into diversified areas such as mobile phones, automobiles and microchip production. But Gree Electric’s diversification efforts have for the most part not borne fruit. Air conditioner sales still account for about 80% of its total annual revenue.

According to Gree Electric’s statement, bidding candidates should be able to provide “strategic assets” such as effective technology or marketing expertise.