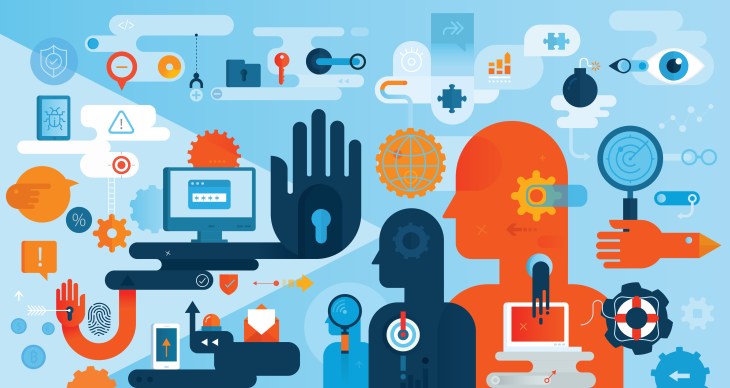 Cybereason, which uses machine learning to increase the number of endpoints a single analyst can manage across a network of distributed resources, has raised $200 million in new financing from SoftBank Group and its affiliates.

It’s a sign of the belief that SoftBank has in the technology, since the Japanese investment firm is basically doubling down on commitments it made to the Boston-based company four years ago.

The company first came to our attention five years ago when it raised a $25 million financing from investors including CRV, Spark Capital and Lockheed Martin.

Cybereason’s  technology processes and analyzes data in real-time across an organization’s daily operations and relationships. It looks for anomalies in behavior across nodes on networks and uses those anomalies to flag suspicious activity.

The company also provides reporting tools to inform customers of the root cause, the timeline, the person involved in the breach or breaches, what tools they use and what information was being disseminated within and outside of the organization.

For founder Lior Div, Cybereason’s work is the continuation of the six years of training and service he spent working with the Israeli army’s 8200 Unit, the military incubator for half of the security startups pitching their wares today. After his time in the military, Div worked for the Israei government as a private contractor reverse engineering hacking operations.

Over the last two years, Cybereason has expanded the scope of its service to a network that spans 6 million endpoints tracked by 500 employees with offices in Boston, Tel Aviv, Tokyo and London.

“Cybereason’s big data analytics approach to mitigating cyber risk has fueled explosive expansion at the leading edge of the EDR domain, disrupting the EPP market. We are leading the wave, becoming the world’s most reliable and effective endpoint prevention and detection solution because of our technology, our people and our partners,” said Div, in a statement. “We help all security teams prevent more attacks, sooner, in ways that enable understanding and taking decisive action faster.”

The company said it will use the new funding to accelerate its sales and marketing efforts across all geographies and push further ahead with research and development to make more of its security operations autonomous.

“Today, there is a shortage of more than three million level 1-3 analysts,” said Yonatan Striem-Amit, chief technology officer and Co-founder, Cybereason, in a statement. “The new autonomous SOC enables SOC teams of the future to harness technology where manual work is being relied on today and it will elevate  L1 analysts to spend time on higher value tasks and accelerate the advanced analysis L3 analysts do.”

Most recently the company was behind the discovery of Operation SoftCell, the largest nation-state cyber espionage attack on telecommunications companies.

As we wrote at the time:

… hackers have systematically broken in to more than 10 cell networks around the world to date over the past seven years to obtain massive amounts of call records — including times and dates of calls, and their cell-based locations — on at least 20 individuals.

Researchers at Boston-based Cybereason, who discovered the operationand shared their findings with TechCrunch, said the hackers could track the physical location of any customer of the hacked telcos — including spies and politicians — using the call records.

Call detail records — or CDRs — are the crown jewels of any intelligence agency’s collection efforts. These call records are highly detailed metadata logs generated by a phone provider to connect calls and messages from one person to another. Although they don’t include the recordings of calls or the contents of messages, they can offer detailed insight into a person’s life. The National Security Agency  has for years controversially collected the call records of Americans from cell providers like AT&T and Verizon (which owns TechCrunch), despite the questionable legality.

It’s not the first time that Cybereason has uncovered major security threats.

Back when it had just raised capital from CRV and Spark, Cybereason’s chief executive was touting its work with a defense contractor who’d been hacked. Again, the suspected culprit was the Chinese government.

As we reported, during one of the early product demos for a private defense contractor, Cybereason identified a full-blown attack by the Chinese — ten thousand usernames and passwords were leaked, and the attackers had access to nearly half of the organization on a daily basis.

The security breach was too sensitive to be shared with the press, but Div says that the FBI was involved and that the company had no indication that they were being hacked until Cybereason detected it.