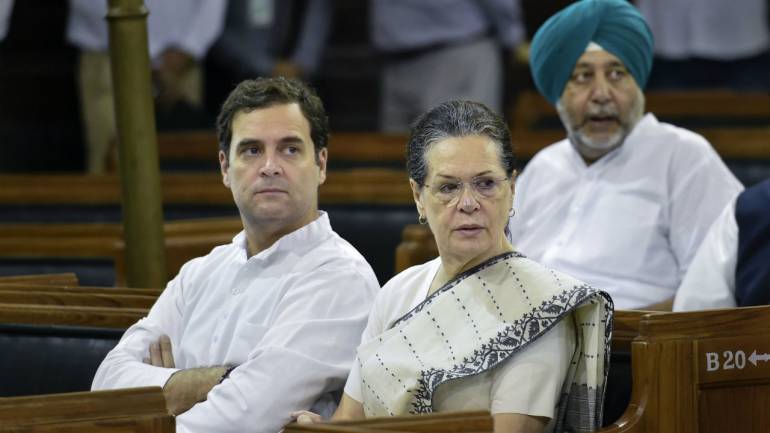 The Prime Minister Narendra Modi-led Bharatiya Janata Party government at the Centre has decided to withdraw from the Gandhi family, the Special Protection Group (SPG) security cover they were provided for years.

Members of the Gandhi family, including UPA leader Sonia Gandhi and her two children Rahul Gandhi and Priyanka Gandhi Vadra, are set to lose this special security arrangement.

Government sources privy to the development have informed that the decision to scrap this special security cover (the highest tier of security in India) was taken after long-drawn discussions with several security agencies.

A threat perception assessment was carried out and it revealed that the members of the Gandhi family are under “no direct threat” at the moment.

Senior government officials confirmed on November 8, that: “The decision was taken recently after assessing threat inputs from all agencies”. They also assured that this decision, will in no way, compromise the security of the Gandhi family.

The political family will, however, be provided with Z-plus security by one of the Central Armed Police Forces.

The SPG was formed in the year 1985 after former Indian Prime Minister Indira Gandhi was assassinated by her own bodyguards. It now has 3,000 active security personnel, who are tasked with the protection of four politicians in the country, namely, Prime Minister Narendra Modi, and the three members of the Gandhi family.

While this move may witness political hostility, government sources have assured that the security cover of all politicians is reviewed from time to time and revised as and when required, said a report by News 18.

Recent media reports had claimed that in the 156 foreign trips made by former Congress chief Rahul Gandhi in the past four years, he had sought SPG cover for only 13 trips.

Sonia Gandhi’s husband Rajiv Gandhi and mother-in-law Indira Gandhi were assassinated while they were prime ministers.