t’s no secret that Hero MotoCorp has been beefing up the top end of its product portfolio over the past couple of years. The XPulse 200 marked Hero’s return to the premium arena a year and half ago, but Xtreme 200R has been the only Hero product thus far in the segment. The XPulse 200 and 200T finally went on sale today, but at the launch event Hero sprung a surprise by launching one more motorcycle, the Xtreme 200S. 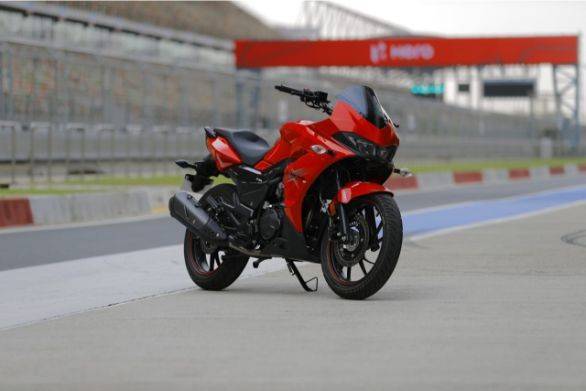 The Hero is being pegged as the Karizma’s spiritual successor and is a 200cc, fully-faired motorcycle based on the Xtreme 200R naked

It was interesting to hear Markus Braunsperger, Chief Technology Officer at Hero MotoCorp proclaim at the launch event that the fully-faired Xtreme 200S is a spiritual successor of sorts to the Karizma. Now, the Karizma needs no introduction as Hero’s first fully-faired machine or a bike that enjoyed a cult status in the country, particularly thanks to its design. And the Xtreme 200S did impress at first glance. We got a little taste of the motorcycle at the Buddh International Circuit and the even though really short, the experience was interesting to say the least.

Let’s talk about the design first. The Xtreme 200S is a breath of fresh air with its sharp lines and clean, clutter-free design. Hero has consciously avoided garnishing its body panels with decals and the clean look impresses in the flesh. Character lines are sharp and I really like how nicely the lines from the fairing merge into and continue on the fuel tank. The handlebar is straight off the 200R and some journalists felt it didn’t go with the sporty stance of the 200S but I didn’t find it to be an eyesore. I also like how slim the fairing is  Hero (thankfully!) hasn’t made it wide, just to make the bike look larger. 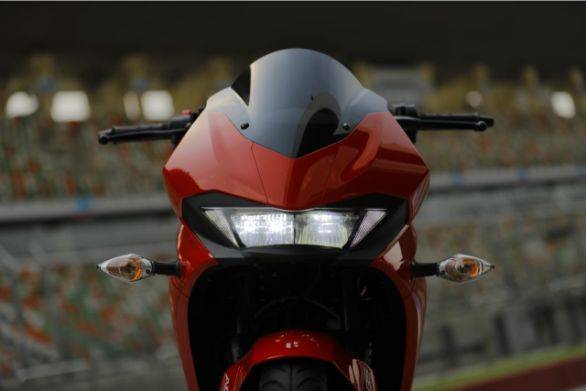 The star of the show of course is the all-LED headlamp unit. It is slim and houses two separate LED units for low and high beams along with daytime running lamps at either end, and the face looks stunning when you switch to high beam. In fact the sharp fairing, high gloss paint, bright red colour of the bike and sleek-looking headlamp together made the Xtreme 200S look like a bigger motorcycle, say, a 600cc supersport. Heck, it looks like a small-capacity Ducati in fact! The rear monoshock makes for a clean looking rear and the shock absorber itself sits deep inside, almost hidden from view. 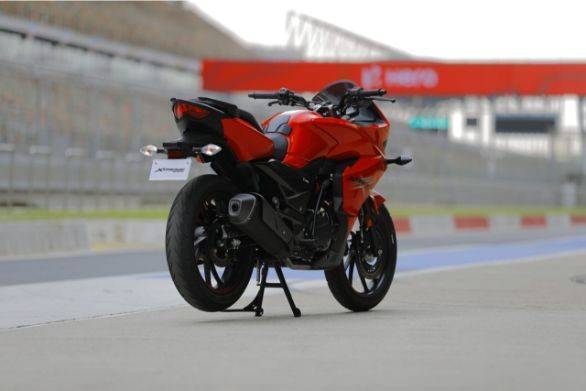 The rear end of the Hero Xtreme 200S is identical to the 200R’s and looks good, especially from this angle 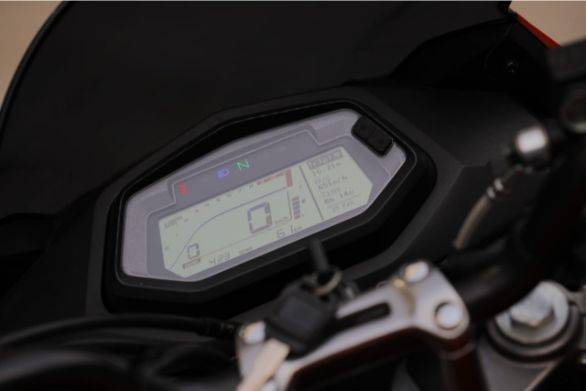 The exhaust is the same as the XPulse 200T and is shorter than the Xtreme 200R’s. On the whole, the 200S looks stunning and the design is polarizing but I liked it a lot. The 200S also borrows the XPulse 200’s digital instrument cluster along with its Bluetooth technology that offers turn by turn navigation onscreen through a dedicated smartphone app.

The Xtreme 200S is powered by the same 200cc, air-cooled single cylinder as the other bikes in the family, in the same state of tune and is also mated to the same five-speed gearbox. Outputs are thus identical 18.4PS and 17.1Nm, but the 200S has a sportier intake sound than the XPulse twins thanks to a different airbox. The 200S does not use fuel injection like the XPulse 200 though and makes do with a carburetor. That said, the engine is quick to respond to throttle inputs and a strong bottom end punch ensures the bike is quick off the line. Gear ratios are identical to the 200R and I felt adequate on track. Of course, being a small capacity motorcycle the bike didn’t call for too many downshifts around Buddh’s fast, flowing corners and most bends were tackled in fourth or fifth gear.

The engine feels smooth and shifts from the transmission were slick and precise, helping the 200S offer a likeable feel on the powertrain front. We didn’t use either of Buddh’s straights so it’s difficult to comment on the top speed but I suspect the 200S will manage a little over 120kmph on the speedometer. The slightly upright seating position didn’t feel out of place on track while the fairing though not very tall offers ample wind protection when crouched down. Then there’s the handling. 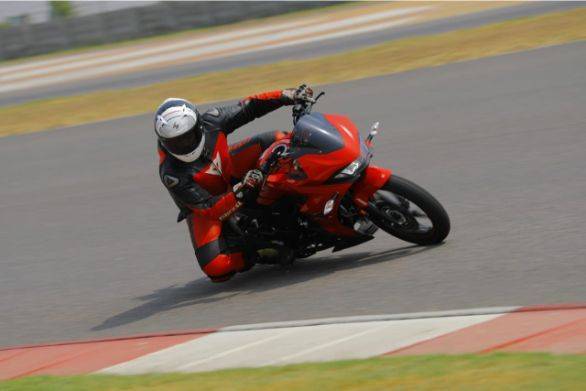 The Hero Xtreme 200S handles well on track, despite not being a harcore sportsbike

Hero is clear that the 200S isn’t being pegged as out and out sportsbike, but handling on track was impressive enough to enthuse. The front and rear suspension hardware is identical to the 200R but is in a slightly different state of tune as the front end has been weighed down in keeping with the fact that the S is meant to be a sportier motorcycle. The suspension offers a stable feel around corners and allowed me to commit fully around corners, also thanks to the grip from the MRF tyres. That said, grounding the footpegs is easy as their position hasn’t changed from the R. The bike also allowed me to flick it from side to side around chicanes which tells us making quick directional changes on the road should be easy. The 200S is equipped with single channel ABS and brakes worked well, with good bite. I would have wanted some more seat time, not just to understand the bike better but also because it feels engaging from the saddle. 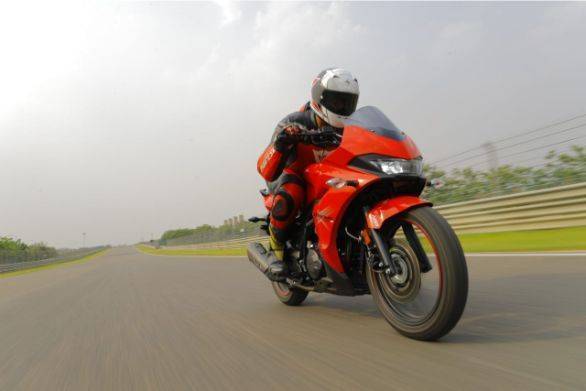 The Xtreme 200S is a fully-faired, 200cc motorcycle priced at just under a lakh rupees, Rs 98,500 ex-showroom New Delhi to be precise. That is a great price point given refined and reasonably powerful engine, the impressive build quality and likeable dynamics. Not to forget, the fresh, appealing design and comfortable ergonomics which help round off the package well. The Xtreme 200S is an interesting addition then  not just to Hero’s line-up but the 200cc segment overall. It takes on the Bajaj Pulsar RS 200 directly, though 200cc streetbikes like the TVS Apache RTR 200 and Yamaha FZ25 deserve mentioning as rivals too. A thorough road test sounds like a good idea to assess the Xtreme 200S better, as the bike does have genuine potential to do well for Hero MotoCorp.