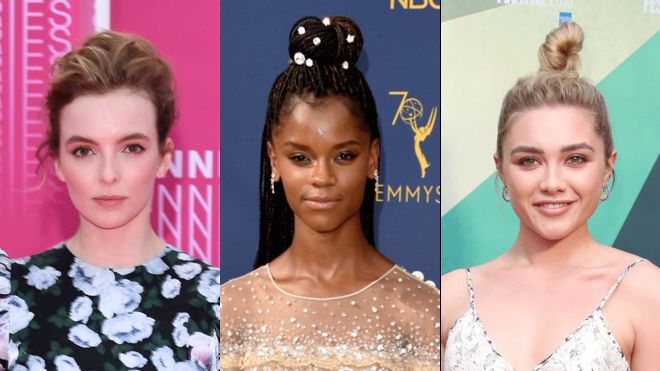 The magazine describes them as those “whom everyone in the industry is clamouring to work with”.

Killing Eve was a hit in the US on BBC America before it was shown in the UK.

Comer, who is filming season two of the Phoebe Waller-Bridge drama told the magazine:

“I’ve never been a part of a show that has had this huge of a response.”

Wright also starred in Avengers: Infinity War and was Emmy-nominated for her role on Black Mirror: Black Museum.

She was also previously chosen as one of Bafta’s 19 Breakthrough Brits in 2015.

Twenty young stars are on the list of Hollywood’s “most promising young actors.”

“These 20 rising stars are among the blockbuster breakouts and small-screen discoveries who are shaking up the industry,” the magazine says.

Lana Condor and Noah Centineo, stars of the hit Netflix film To All The Boys I’ve Loved Before, also make the list.

Among others on the list are Crazy Rich Asians star Sonoya Mizuno and Mena Massoud, who has been cast as Aladdin alongside Will Smith in Guy Ritchie’s live-action remake of Aladdin.

Also on the list are Black Panther star Winston Duke, as well as Stephan James, who stars in Barry Jenkins’ Moonlight follow-up If Beale Street Could Talk. The film has already earned him Oscar buzz.