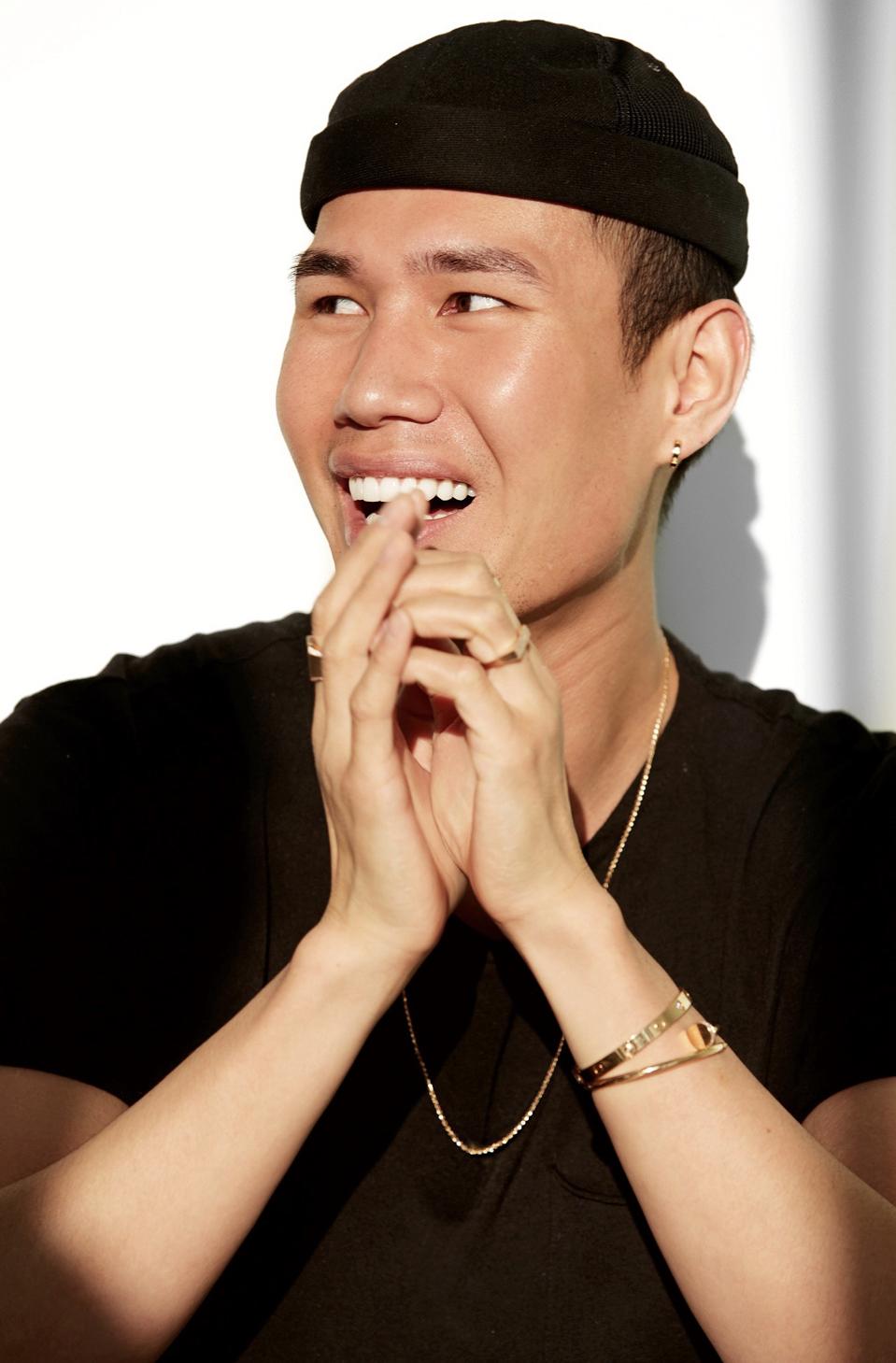 Patrick Ta has become Hollywood’s top makeup artists, but it wasn’t always so glamorous for the San Diego native. Before touching makeup Ta had explored becoming a culinary chef and even owned a nail and tanning salon in the Scottsdale, Arizona area. After his salon venture failed he found a job at Mac Cosmetics where he found his love for makeup. “After my salon went bankrupt, my roommate at the time gave me my first job doing makeup at Mac Cosmetics and from there my obsession for makeup began,” explained Ta. Even though he didn’t have any experience he started doing makeup on people for prom, events and weddings.

Instagram had just started becoming popular around the time Ta was becoming passionate about makeup so he started his own page uploading his work. “I was really lucky that all my girlfriends let me practice on them. They would share my work on social media which led me to grow my clientele and eventually led me to want to pursue makeup in Los Angeles,” said Ta. When Ta first moved to Los Angeles as a freelance makeup artist he didn’t know anyone in the industry. He took to Instagram once again to connect with influencers to do their makeup. Then one day Shay Mitchell started following Ta and slid into his DM’s. “I knew Shay was going to make a huge difference in my career. I am so grateful that she was one of my first celebrity clients because she allowed me to grow with her and then I met Gigi Hadid which took my work to the next level in the world of high fashion,” stated Ta.

Ta went on to work with Olivia Munn, Adriana Lima, Jessica Alba, Joan Smalls, Ariana Grande, Chrissy Teigen, Katy Perry, Rihanna, Bella Hadid Kendall Jenner, Kim and Kourtney Kardashian, and Jenna Dewan Tatum, among others. Patrick’s devotion to his craft has allowed him to develop a refined hand and keen eye for color and composition. Although his client roster consists of the highest profile models, celebrities, and influencers today, he believes that every person, no matter who they are, deserves to feel confident and beautiful every day. As his fan based grew so did the demand of knowing how he achieves that natural, yet sultry glow on his clients. That led him to work on creating his own beauty line which launched in April 2019 as an homage to the women in his life that have supported him and given him the confidence to be who he is.

Vote Early, Vote Together! A Stronger Democracy Starts With Celebration

Patrick Ta Beauty initially launched with Major Glow which included three highlighting mists, body oils and lip shines. “My first collection all about translucent glow for all skin tones then my next collection was named Monochrome Moment which featured four blushes, lip liners and lip cremes. I love monochromatic looks because thats what I do for my clients when they hire me for an everyday look. Simple browns and bronzes to give that natural glow,” explained Ta.

All the Best New Makeup Launching in March