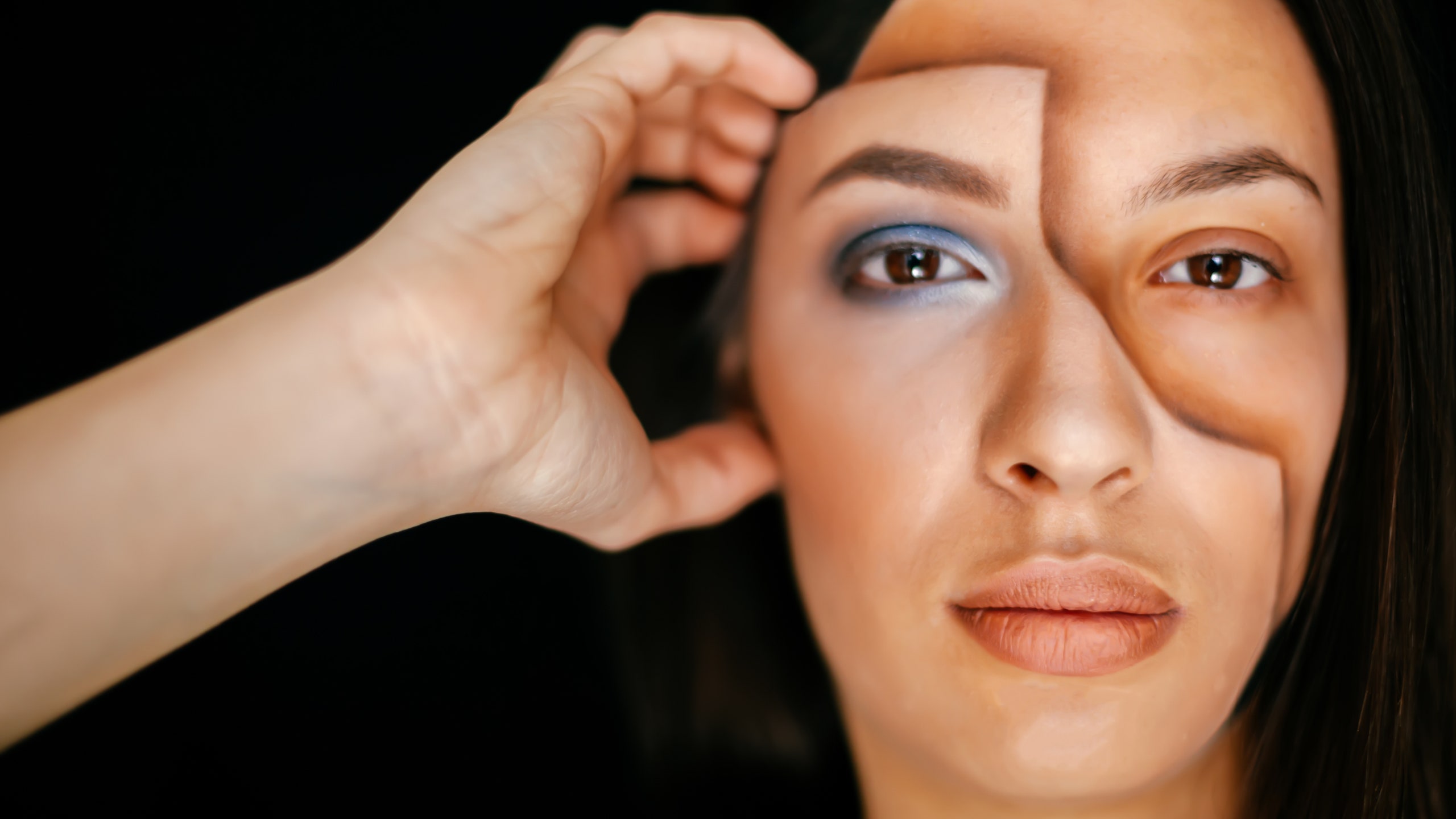 One Redditor is taking the mantra “new year, new you” to a whole other level by adding on an entire second face, all thanks to some clever makeup artistry.

On Thursday, Kaytlyn Johnsen shared a photo on Reddit of a special effects makeup creation in which she turned her own face into a 3D mask. Liquid eyeliner creates an optical illusion hinge, which shifts her features until they appear to be off her skull. We did a double-take, and we weren’t the only ones — Reddit is filled with fans praising the optical illusion.

The mask creation is similar to the creepy pulled-skin makeup we’ve seen in the past, but here, hot pink eye shadow and flawless winged liner make the look more skillful than scary. In fact, Tiffany has been compared to Picasso and Van Gogh in the R/MakeupAddiction comment section.

Other comments include “my brain somehow can’t accept that it’s her face and not a mask” and “I had to look twice. Three times. Maybe more,” two endorsements we wholeheartedly agree with.

“I have always wanted to be an inspiration to others through my makeup,” Johnsen tells Allure. Her best friend suggested the mask look, and she decided to take on the challenge — only to quickly realize that the optical illusion effect was the easier part. “The eye makeup took 30 minutes and the mask illusion took maybe five,” she says.

Tiffany created the edges of the “mask” with Kat Von D Tattoo Liner, which she went over three times for a super-pigmented shade of black. “I let it dry and then kinda dabbled over the more transparent spots,” she shared.

For the eye look, she used Tattoo Liner paired with pinks from three palettes: BH Studio Ultimate Neutrals, BH Cosmetics Take Me Back to Brazil, and Makeup Revolution x Tammi Tropical Carnival. Her standout lashes are thanks to falsies by Pür PRO lashes in Bombshell and Benefit’s They’re Real mascara.

Cheers to more makeup that gives us goosebumps in 2020.